The school has its name inspired by the Rancho Beija-flor that existed in the city of Valença-RJ. The idea was born with a group of friends, however the name was proposed by D. Eulália, mother of one of them. The school is located outside the municipality of Rio (in Nilópolis, a municipality in the metropolitan region), currently one of the largest samba schools in Rio.

In the 1950s, the city of Duque de Caxias had an effective participation in the carioca carnival, with the samba school Cartolinhas de Caxias. This association participated in the elite group of Rio schools three times (1951, 1958 and 1959), later frequently participating in intermediate groups and being respected by the samba world.
Learn More

Grêmio Recreativo Escola de Samba Imperatriz Leopoldinense is a samba school in Rio de Janeiro, based in the neighborhood of Ramos. Rich, well dressed and feared by opponents. But it was not always so. The Empress Leopoldinense started…
Learn More

In its first parade, the school was crowned champion in 1948,[37][38] the year in which there was still no division of Carnival between the main group and lower divisions. However, the political dispute between the representative entities UGES and FBES began to emerge, with the Empire being affiliated to the latter.
Learn More

Founded on April 28, 1928, on Mangueira hill. The Grêmio Recreativo Escola de Samba Estação Primeira de Mangueira is proud to have as founders; Carlos Cachaça, Cartola and Zé Espinguela. Before the foundation of the school, in Morro da Mangueira there were already carnival blocks, among which…
Learn More

One of the oldest schools in Rio de Janeiro, Portela was born in the neighborhood of Madureira, from the Vai Como Pode block. It is one of the schools that participated in the first official parade in Rio. Portela is also the only school to have participated in all the parades since then. Learn more about Portela.

Acadêmicos do Salgueiro was founded from the union of two samba schools from Morro do Salgueiro: Azul e Branco and After Eu Digo. Unidos do Salgueiro, the third existing school in the Andaraí neighborhood and whose main representative was the sambista Joaquim Calça Larga, who did not agree… 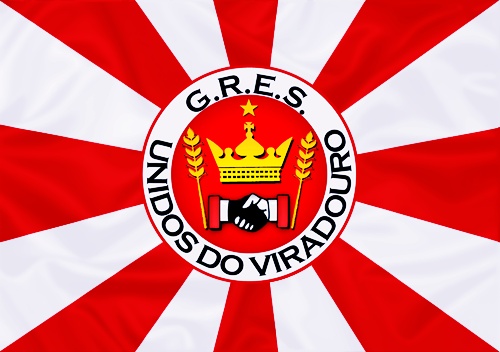 Founded on June 24, 1946, Unidos do Viradouro was created from samna wheels that took place in the backyard of Nelson dos Santos' house, known by the nickname Jangada, on Capitão Roseira Street, near Dr. Mario Viana, which at the time was called VIRADOURO, as it was the place where the trams that transported the population of Niterói made the return.

In the 1940s, Antonio Fernandes da Silveira, better known as “Seu” China, saw in a street block the chance to write his name in the history of Carnival. Inspiration came...

Acadêmicos do Salgueiro was founded from the union of two samba schools from Morro do Salgueiro: Azul e Branco and After Eu Digo. Unidos do Salgueiro, the third existing school in the Andaraí neighborhood and whose main representative was the sambista…

At the end of the 19th century, immigrants from Bahia brought with them the tradition of playing capoeira and dancing to a Bahian rhythm called Samba. In the favelas of downtown Rio, a place known as “Pequena África” established a number of religious houses dedicated to religious ceremonies, where they played and danced the early forms of samba.

However, African religions were illegal in a predominantly Catholic Brazil. These samba roots remained invisible to the white elite for a long time.

The parade structures of the Samba Schools come from groups that paraded during Carnival in the 19th century. Even at this point, they had already included the old-school commission, a chosen theme, floats and the rolling flag couple, all of which are essential parts of today's samba schools.

The first group to call itself a samba school was a group known as Deixa Falar, who came from the Estácio neighborhood, a hill above Praça Onze considered the birthplace of samba. They called themselves samba school because they found themselves next to a local children's school.

Leave Falar and Mangueira were both founded in the late 1920s; Let Falar first, in 1926, and Mangueira, soon after, in 1928. Let Falar was dissolved and, later, inaugurated as Estácio de Sá. Mangueira is the oldest existing samba school, however, it was not the first.

Let Falar paraded for the first time in Praça Onze, in 1929. By 1930, there were already five schools parading including Mangueira and Vai Como Pode, later known as Portela. The samba schools parade became a contest, which Deixa Falar won in 1930 and 1931. In 1932, there were 19 schools parading. In 1933, the parade became sponsored by the largest Brazilian media group, 'O Globo'. They established a list of four evaluation criteria for judges.

Many of Rio de Janeiro's samba schools were originally part of a football club in the area where they were founded, such as Porto da Pedra and Mocidade Independente de Padre Miguel.

The samba schools offer samba nights on their courts, they are open to anyone. Going to a Samba School is the best way to get in touch with real samba and learn. The nights are totally informal and with great reception, like a mega club with people of all ages, with lots of dancing and fun.

A court rehearsal is definitely an unmissable and unforgettable experience. On these samba nights, the samba-enredo of the year is repeated, to be learned in preparation for the Carnival parade.

You can go to any school's court rehearsal. Four of the best known (Mangueira, Unidos da Tijuca, Salgueiro and Vila Isabel) are located close to the South Zone and the Suburban Region of Rio, and the price of a taxi departing from the South Zone is reasonable.

Other Samba Courts are in the outlying suburbs, but they're not a place to roam without someone who knows their way around. Some of them are very far away, even outside the metropolitan region of Rio.

We recommend going to Mangueira, which has the biggest, safest and most famous block, with lots of tourists and a lot of security (even so, you might feel a little intimidated, if not shocked, at first). A note of warning – the Samba Schools courts are in very poor areas, often on the edge of favelas so don't dress flashy or bring valuables.

People often arrive much later than the advertised start time, usually well after midnight. Plan to arrive after 11:30 pm. Take a taxi (for safety reasons). There will also be plenty of taxis around the School when you are finally ready to head home.

Long live Carnival and fall in love for life!

Questions about Carnival in Rio

How does a Samba School work?

Because they have two functions, the Samba Schools in Rio generally have two physical locations.

The Samba Schools' courts function as large dance clubs for people of all types and ages, playing live music by the Schools' drums. The administrative center and president are also located there.

The barracks are where the floats and some of the costumes are produced. Since 2005, all the samba schools of the Grupo Especial do Rio de Janeiro have their production facilities, the barracões, in the same place, called Cidade do Samba. It is open to all visitors.

Samba Schools represent the community spirit of a neighborhood, usually a suburban neighborhood or community. They bring a sense of community and belonging.

They are often politically involved as well. They are absolutely essential pieces of life in Rio de Janeiro and its culture. Everyone in Rio really cheers for the Samba Schools as they cheer for their soccer teams.

Don't think of samba schools as courses where they teach you how to samba. They are not educational institutions, as the name might suggest, and they do not offer samba classes. However, you can participate in their rehearsals and learn to dance just by watching others.

The origin of the name “Escola de Samba” comes from the fact that, as legend suggests, samba dancers at the beginning rehearsed in a vacant lot near a school. “We also teach! Here the students learn to breathe and live the samba!”

There are more than 70 samba schools in Rio de Janeiro and they all parade during the 4 days of Carnival. They choose the plots, write music and lyrics, make costumes and floats and rehearsals throughout the year to succeed in their parades.

They are subject to a strict hierarchy and are organized into six competitive leagues, these being the Special Group, Gold, Silver and Bronze Series. The first two groups parade in the Sambódromo. All other Samba Schools parade in the streets and are free to watch and join in.

The twelve largest and most important schools in Rio de Janeiro make up the Special Group. They form a contest with 3,000-5,000 spectators to compete on the Samba catwalk at the Sambadrome on Sunday and Monday Carnival.

Each year, a lower-scoring school is demoted from the Special Group to the Series A Group (also called Series A). Group A comprises thirteen slightly less successful schools that also parade in the Sambadrome, on Carnival Friday and Saturday. Conversely, the best school of the year in Serie A joins the Special Group the following year.

The school in Group A with the worst performance in the Sambadrome is relegated to Series B. They are even smaller schools, each school with approximately 1,500 participants.

Each samba school has its own distinct colors (of its flag) and style of allegories. The color scheme is reflected in many parts of a school's parade.

Schools raise funds through ticket sales for their events and court rehearsals, as well as through television broadcasts. They are a true blend of big business and lots of fun.